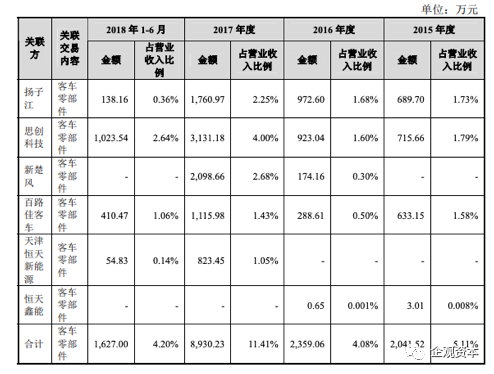 a. before b. though c. until d. unless

( )30. —how about seeing the film mission: impossible-fallout this evening?

a. will call b. is calling c. calls d. called

a. talented in b. bored with c. worried about d. afraid of

—about ten minutes by taxi.

deaf (聋的) people are not able to hear anything. what's worse, they also find it hard to speak, 36 they can't hear their own voices (声音). however, they may have 37 communication (交流) problems. some deaf people learn to understand what someone is 38 by looking at the mouth of the speaker. but the most common 39 of communication for them is sign language (手势语).

there are lots of ways to 43 sign language. you can go to a school for the 44 . bookstores and libraries have helpful books. you can also watch videos on the internet. all it 45 is hard work and practice!

a: tim, congratulations (祝贺) on winning first prize in the tennis competition.

b: when i was three.

a: who taught you to play it?

a: oh. how many days a week do you play tennis?

b: certainly. i want to be a professional (职业的) tennis player when i grow up.

c. which is your favorite tennis club?

d. so, when did you start playing tennis?

e. wish you more success in the future!

f. are you going to go on with your tennis?

g. and i take tennis lessons in a tennis club, too.

last year, we had the first cooking competition successfully. this year, we will invite two famous cooks in town as the judges (裁判).

competitors: grade 5 and grade 6 students who are interested in cooking; each competitor must bring one of their parents as a helper.

prizes: each one who joins will get a cookbook. winners will get coupons (优惠券) for restaurants in town.

remember to give the application form (申请表) to your class teacher before january 25th. you can visit www.greenleafschool.com to get more information.

if you're interested in cooking, don't miss the competition to show your cooking talent!

a. restaurant coupons. b. a new cooking pot.

c. a book by a famous cook. d. free food at top restaurants.

a. buy a cookbook b. be a grade 4 student

c. bring one of his parents as a helper d. fill in the application form in a week

( )55. kate wants to know more about the competition. what could she do?

a. call the headmaster. b. ask her class teacher.

many people have stories about seeing aliens (外星人). here are two.

judy varns works for a group called the mutual ufo network. she thinks a place called area 51, in nevada in the us, may be the best place on earth to see ufos. one day, she took some photos there and saw something she thinks was a ufo. “we saw this little round thing in the photos. it's kind of exciting,” she says.

pat travis lives near area 51. one night, she saw a beam of strange light (一束奇怪的光) in the sky. according to travis, the light moved from left to right, up and down, and it made many strange moves. travis thinks the light was from a ufo.

the us air force is at area 51. some people think it keeps secrets (秘密), like ufos that came to earth and the aliens inside them. but in fact, area 51 is a place the us air force uses to test new technology (技术), such as new kinds of planes.

so what did varns and travis see? bill fox works at area 51, too. he thinks he knows the answer. “we did build some strange-looking planes,” he says. “i could see why some people would think they were ufos.”

have aliens visited us? you'll have to decide for yourself. but if you do visit nevada, keep your eyes on the skies!

a. moved a lot b. was colorful

c. went off quickly d. was from a camera

a. judy varns and pat travis. b. pat travis and james mcgaha.

60. which can be the best title for the passage?

a. are ufos real? b. are aliens smart?

c. the special study at area 51 d. the secrets of the us air force

spiff was an elf (精灵) living at the north pole. he worked hard all year to make toys (玩具). when autumn arrived, spiff got very busy in santa's workshop. he had to work very late into the night to make sure the toys would be ready for christmas eve.

one day, spiff looked at pictures of florida on the internet after lunch. “i really need a vacation,” spiff said.

spiff 's friend blip looked at the computer screen. “why would you want to go to florida?” he asked.

“i don't think that's true,” said spiff. “they have palm trees in florida, and palm trees only grow in warm places.”

on christmas eve, spiff climbed into a bag full of toys and took a ride on santa's sleigh (雪橇). spiff looked out of the bag as santa's sleigh flew high. soon they arrived in florida.

spiff was very excited. the air around him felt warm. santa guided his sleigh toward a small, blue house. there was no snow, but there were beautiful lights (灯) in the christmas tree.

“i knew it!” spiff said. he quickly took a photo to prove that it was possible to have a wonderful christmas anywhere in the world, even if there was no snow.

61. what did spiff do in santa's workshop?

62. did spiff agree that it snowed everywhere on christmas?

64. how did spiff feel when he got to florida?

65. what would spiff use to prove to blip that he was right?

they, drink, because, on, forget, build, excited, arrive, child, also

it was a beautiful day! janie and jake's mom decided to take them to the beach. she even told them that (76)________ they had finished their housework quickly, they could each bring a friend. janie and jake were (77)________! they loved to go to the beach with their friends.

janie decided to ask hayley and jake asked his friend charlie. when both friends (78)________, they began to put their things into the car. the kids took some beach toys they might want. mom took food, (79)________, sunscreen (防晒霜) and a chair for herself.